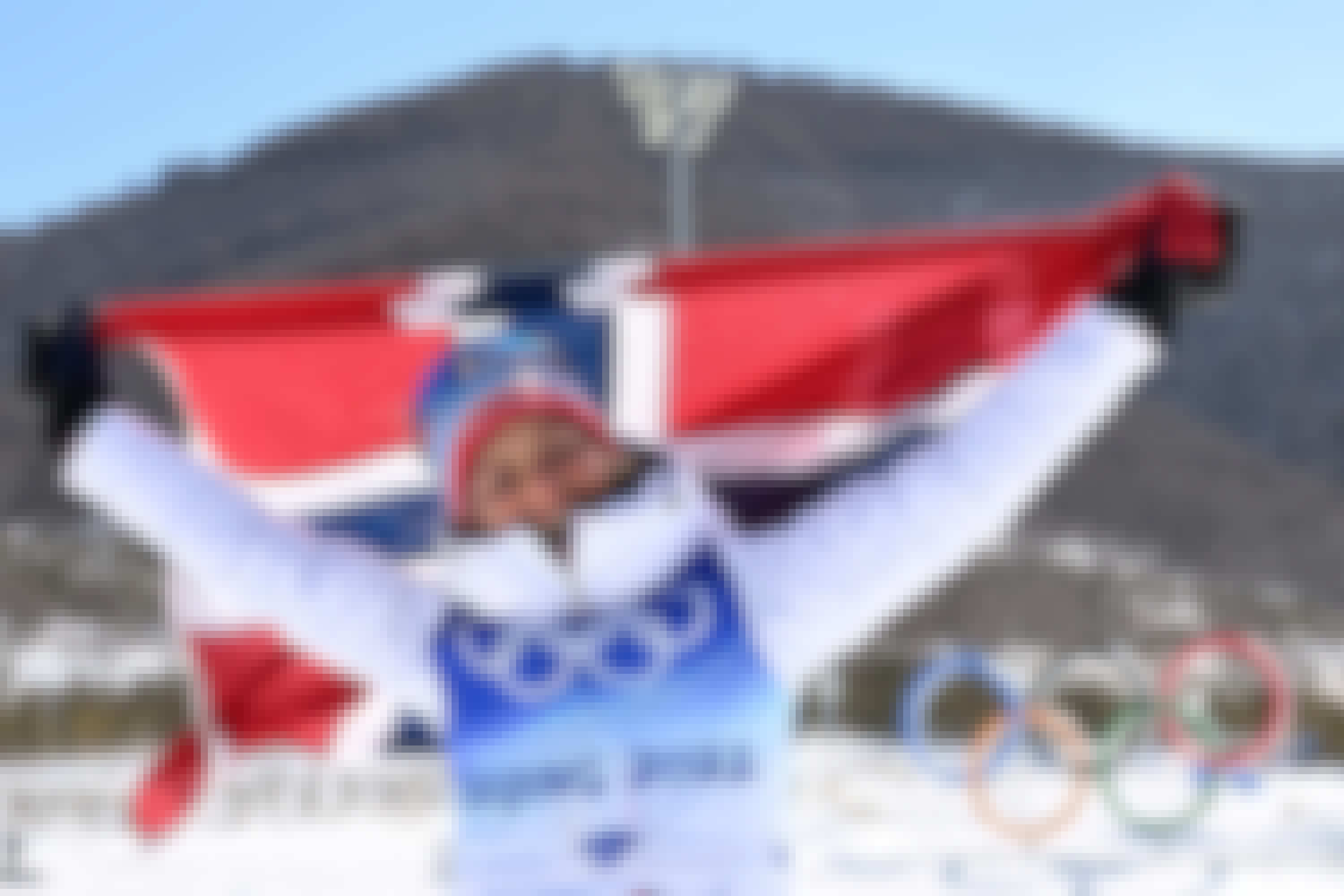 "Everyone learned about the winter sports and Olympic athletes from all over the world. The team observed the intricacies of the games as they were subtitling the programs. Now the entire Bergen office knows what a backside double cork 1080 is."

The Winter Olympics for our Norwegian Subtitling team is an exciting time for many reasons. It was for the fourth time this year that Iyuno-SDI's Bergen office delivered the live subtitling for the Olympic Games. Established in 2015, the Bergen office has maintained a talented team of 19 subtitlers who worked morning through night on this enormous project. By the end of this year’s Beijing Olympics, a total of 350 live subtitling hours were delivered over the course of 17 days.

The team had a chance to live subtitle broadcasts from freestyle skiing to snowboarding, figure skating, curling, ice hockey and cross-country skiing. So much content was delivered in a short period of time. The Norwegian Subtitling team was able to adapt and use remote connectivity to complete a job well done. Subtitlers were located as far north as the islands of Svalbard in the Arctic, all throughout Norway to the Iyuno-SDI London office in the south.

One of the game’s highlights was the coming together of different people and personalities to finish this thrilling project. Part of the fun was discussing the details of each sport and sharing the feeling of being part of the Olympics, an event that is relatable in the hearts of many internationally.

Everyone learned about the winter sports and Olympic athletes from all over the world. The team observed the intricacies of the games as they were subtitling the programs. Now the entire Bergen office knows what a backside double cork 1080 is.

The team’s favorite sport to subtitle was skiing. Cross-country skiing is Norway's national sport and is extremely popular in their area. Another huge highlight of the 2022 Olympics for the Bergen office was watching Norway set a record in cross-country skiing and go on to win 16 gold medals in total.

The Subtitling team’s hope is that their work helped increase interest in marginal sports such as curling. While live subtitling can be an extremely cognitively demanding and physically straining task, in the end the team was pleased to offer viewers with hearing disabilities a way to follow and enjoy every minute of the Olympic Games.

Iyuno-SDI Group is the media and entertainment industry's leading localization service provider. As a trusted global partner to the world's most recognized entertainment studios, streaming platforms and creators, it offers end-to-end localization services – from dubbing, subtitling and access services to media management, transformation and distribution services – in over 100 languages for every type of content distribution platform. With deep roots in the industry dating back to 1965, the company is unmatched in operational expertise, scale, capacity and breadth of services.

Iyuno-SDI Group was formed in 2021 following the acquisition of SDI Media by Iyuno Media Group. Leveraging the best in breed creative and technical talent, state of the art facilities and next generation technologies, the company now boasts the largest global footprint with 67 offices in 34 countries. The company's scale and customer-centric approach is focused on its mission of connecting content, connecting people.