IBC365: Iyuno’s Acquisition of SDI & the State of Localisation 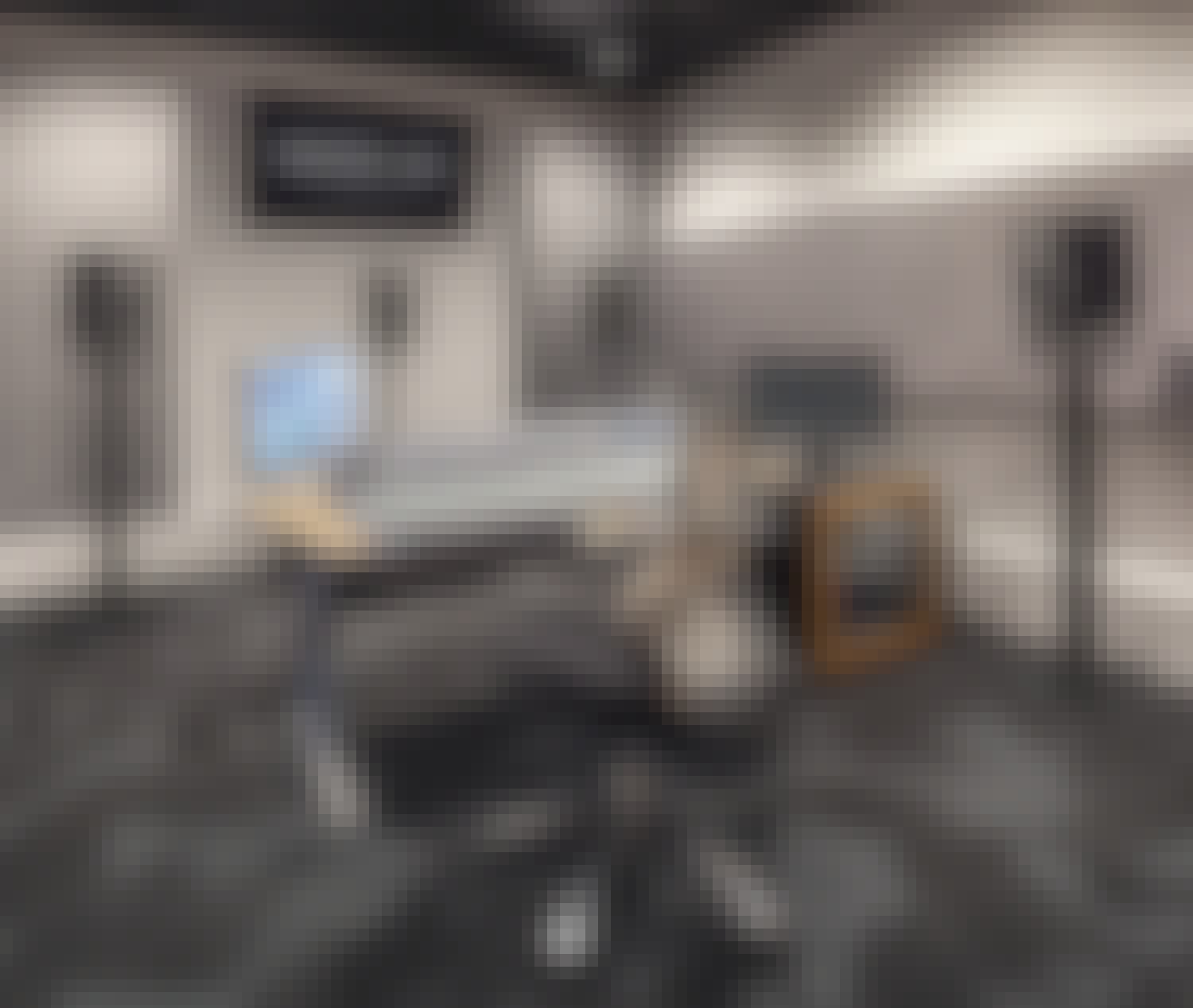 The deal that turned lyuno-SDI Group into the largest international provider of localisation services for media and entertainment is the latest in a wave of mergers and acquisitions in a dynamic sector. Michael Burns takes a look at the deal in the context of a challenging market and finds out what the new company has to offer the OTT giants.

The localisation business is booming, spurred on by the huge growth in the OTT market as new platforms launched and locked-down populations turned to streaming services for a distraction.

One of the most recent and high-profile deals was the acquisition of SDI Media by rival Iyuno.

Chris Fetner, managing director of the Entertainment Globalization Association and formerly head of Netflix’s content localisation vendor strategy, said: “The merger of SDI and Iyuno is a signal from the investment community of their optimism in the localisation sector. Localisation has never been more critical than it is today with global streaming companies rapidly launching and growing internationally. This merger reinforces the hypothesis that there will be significant growth over the next 5-7 years in this sector and a need for scale and innovation at a new level.”

Speaking to IBC365, Iyuno founder David Lee, who has assumed the role of CEO of Iyuno-SDI Group, gave some background to the acquisition, which appears to be driven by both the changing nature of the localisation market, as well as being a way to expand capacity to support the future scale of the industry.

Prior to the acquisition, SDI Media was a US subsidiary of the Japanese Imagica Group, which had acquired the company in 2015. Former SDI Media CEO Mark Howorth has been named president of Iyuno-SDI Group. The deal had the backing of Altor, Shamrock Capital and SoftBank Ventures Asia, Iyuno’s primary financial partners.

“The merger of SDI and Iyuno is a signal from the investment community of their optimism in the localisation sector,” Chris Fetner, Entertainment Globalization Association

The type of service that Iyuno, SDI and rivals like VSI Group and Deluxe offer is not a case of simply typing in subtitles for a TV series or dubbing a film into a single language. Localising media and entertainment content requires complex, multifaceted systems that have evolved to serve the global demand for film and TV.

“On the world’s leading OTT and SVOD platforms – such as Netflix, Disney+, HBO Max, Peacock – when you select the subtitles or you select the audio, we’re behind all of that,” says Lee. “Localisation orders are very bulky – we’re dealing with around 600,000 running time hours of content on an annual basis for subtitling and dubbing. Our client might order two titles into 40 different languages that are each 16 episodes, so you’re talking about hundreds of deliverables.”

“We vertically integrate to the client,” he continues. “You could call us an ERP that’s custom-developed for production needs, connecting with the content management systems and ordering systems for our clients, so that they don’t have to call up and place these orders. Through our project coordinators or in automated ways we will distribute orders across our operations – they’re currently located in 67 offices in 34 countries and we’re the only media localiser that has that global coverage.”

End to end services
Lee refers to what Iyuno-SDI does as “post post-production”, as the localisation takes place after the final video mastering and carries on until the final end of distribution. The purpose of each localisation is, of course, to win more subscribers, and the huge demand for content is leading to shorter turnaround times.

“Although they are quick turnaround, these are very creative services, it’s not like you call someone up and say, ‘we need this quick’,” he explains. “These clients are investing hundreds of millions of dollars creating content. You don’t want to compromise on that, it would just put the content viewership at risk.”

“Every media platform has different operating models, but there’s a lot of stats showing that localisation quality actually directly affects the viewership,” adds Lee. “With localising we’re not just technically translating, we’re recreating the original content producer’s intent. The purpose of that is to make you excited, make you sad and make you inspired by the content. It’s a very creative process, which is why this industry has been almost fully human-oriented for a long time. I think Iyuno-SDI is the first to really utilise AI to reinforce that.”

In the past, good subtitlers would be identified as being consistent, with minimum typos, not going over the maximum reading speed, not crossing the maximum character length and so forth. “Nowadays, with our workflow, a machine does that,” says Lee. “So being a good subtitler is not about being technical, it’s how you translate American humour into Asian humour – that’s a very different quality. It’s actually where we come in and differentiate ourselves and industrialise and innovate the industry.”

“Typically subtitling is a pretty virtual operation,” he adds. “Although we have a lot of QC proofreaders in house or full-time project co-ordinators, the actual subtitlers are usually freelance translators. Similarly, for dubbing we have engineers and creative directors as full-time hires in our audio recording studios across the world, but the voice talents actually come in on a freelance basis. They would record after the translation is done, and then we would mix and deliver. We will gather all those materials, package that and then deliver to the client on an automated basis as well. It’s like a digital supply chain business and both companies, Iyuno and SDI Media, had developed those platforms.”

Combined efforts
So why this acquisition and why now? In answer, Lee offers a number of reasons. First is pure economics. “Both companies are certainly serving the same customers,” he says. “We were redundantly investing in technology. We’re integrating now after [the deal closed], but it’s almost like looking into a mirror.

“In the industry context, the customers are becoming more complex. Until now they’ve been producing content for Hollywood, distributing through different distribution channels so they haven’t thought of localisation as their main thing. Now that it’s direct to consumer and everybody’s launching streaming services, they’re looking at serving the world by themselves, without distribution partners and other companies in each region. They’re also licensing a lot of local content to meet the needs of different viewerships and that needs to be localised. So, while in the past it was English content going into 40 different languages, now we’re also seeing Chinese content, Indian content, Spanish content… and the mix is just amplifying. So their demands are getting highly complex" added Chris Fetner.

Then there is the fact that Lee’s customers have been going through a lot of M&A themselves. “They’re actively competing against each other as OTT services, so time to market is crucial for them; they have massive libraries that they created in the past that need to be localised,” he explains. “The complexity and the overheads of our clients require a player that’s really skilled, scalable and financially well-equipped, ready to invest and expand and scale with them.”

Third is the AI angle. “We understand that the clients have high demand and it’s not that you can just raise prices,” he continues. “We like our clients to be successful and, in order for that, localisation does have to be affordable. At the same time, to deliver that same level of quality we have to innovate. We’re looking into a lot of different things. First, utilising domain-specific engines specifically for subtitle, dubbing and translation data. We train different engines per genre. So, for example, with the kids engine, whatever you feed in translation it gives very kid-friendly output.

“We would run that as a first pass, then human editors or subtitlers would come in to knock out any wrong or inappropriate translations and then, of course, focus more on the creative translations that need to be made, which are not covered by AI.”

According to Lee, AI is all about the amount and the quality of data you hold: “Whether it’s speech synthesis or machine translation, you need a significant amount of data to build and train your own domain-specific engine. We outperform off the shelf [translation] engines by at least 50%, but just standalone as Iyuno or SDI, that wasn’t sufficient. Combining our two forces brings us to where we’d like to be in building a high-performance engine to fuel the growth of the companies.

“That’s currently rolling out into commercial pipelines and we’re really going aggressively on that in both organisations. Then there are other new pieces of technologies that we’re very keen to explore, such as we could clone the voice of the actual voice talent. That would increase efficiency in time spent on actual voice recordings and with those savings, we could pay intellectual property rates for that usage. These are new areas we’ll be exploring in the near future.

“When it comes to actual applications though, our premise is that AI can never replicate human creativity; it has to fit into a hybrid workflow where both humans and AI coexist. And the final touch has to be human.”

An acquisition is always bound to have an effect on some part of the workforce, but based on Fetner’s hypothesis about industry growth and Lee’s own optimism, there isn’t likely to be an impact on the creative and engineering workforce – good news for a market that has been so impacted by Covid.

“There’s been a slowdown of new content production, some of that is offset by new OTT platforms [launching], but it’s still taken a bit of a hit. However, we see a major recovery coming up towards the latter part of the year, so there’s a lot of content to be produced and localised,” says Lee. “We’re not closing down any capacity in our studios. If there are studios in different locations in a single country, they’ll probably run in parallel.”

“Combining forces is very important for us because we can optimise our resources,” he continues. It’s a very transactional business because the volume of work fluctuates, but we’re combining two companies, taking the best-of-breed in culture and technologies. We’re running full throttle.”

M&A in the world of localisation

With the rampant growth of OTT streaming services like Netflix, Amazon and Disney+, demand is greater than ever for localisation. To meet this demand, service companies have in turn needed to scale up, and the Iyuno and SDI Media deal is just the latest big move in a volatile market. Iyuno Media Group itself was formed when Singapore-headquartered Iyuno merged with larger Swedish firm BTI Studios in 2019.